As more and more Britons become ‘dental tourists’ seeking cheap treatment abroad, one woman’s cautionary tale:Lisa Hewer had always been self-conscious about her teeth, after losing the front two in a moped accident 20 years ago.

‘Although I wore dentures, I didn’t feel confident enough to smile without putting my hand over my mouth,’ she says.

Indeed when, earlier this year, she met her partner Mark Beggs she was so embarrassed about her teeth that it was four months before she admitted she wore dentures.

‘I used to wait until he was asleep before I removed them.’ Then Mark, 34, a contracts manager, offered to pay for her to have a bridge made as an early birthday present.

Scroll down for more 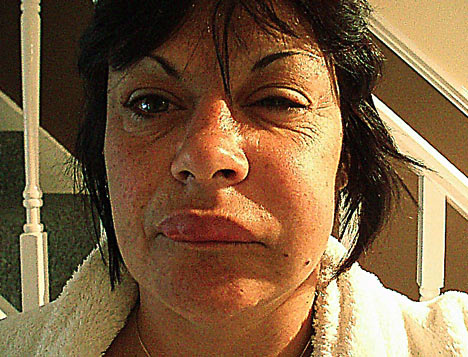 She looked into having the work done by a British dentist, but quotes ranged from £18,000 to £48,000. She then read an article in a women’s magazine about dental treatment in Hungary and decided to investigate. It was a decision she now regrets.

A growing number of Britons are travelling overseas for essential dental treatment such as crowns and bridge work.

Driven by the shortage of NHS dentists and the high cost of going private in the UK, they have been seduced by cheaper prices in countries such as Hungary, Poland, Turkey, Croatia, Bulgaria and Thailand. The idea of combining dental treatment with a holiday makes it all the more tempting.

Many Britons are also travelling for purely cosmetic reasons — the nation previously indifferent to its snaggle-tooth reputation has suddenly become obsessed with the perfect smile. Indeed, a recent survey by the British Dental Health Foundation found a staggering one in two adults approaching middle age would consider having cosmetic dental surgery.

An estimated 35,000 Britons a year are seeing dentists abroad and many are entirely happy with the treatment and care they have received.

However, today the British Dental Health Foundation reports there has been a significant increase in calls to its helpline from people who have had bad experiences of dental tourism.

‘While the idea of saving a few thousand pounds is proving to be enough to tempt many people, a quick look at the risk factors might be enough to persuade them to think again.’

Scroll down for more 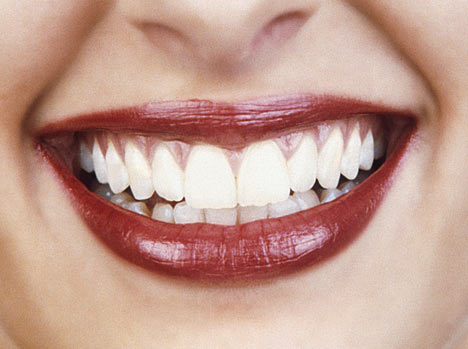 For Lisa, the warning has come too late. After dental treatment in Hungary, she fears she will end up having all her teeth removed and replaced with dentures.

‘I can’t begin to describe the pain I have suffered,’ says the mother of five.

‘At the moment I just lie in bed in agony. Eating and speaking has become very difficult; I feel close to tears every time I think of what’s happened.’

After reading about dental tourism, Lisa and Mark had contacted a UK-based Hungarian dental travel company.

‘When we spoke to the managing director he was very helpful, reassuring us that the dentists in Hungary were highly trained and follow-up care was always provided.’

Lisa was quoted £3,500 for a full bridge for her upper teeth – this would include preparation of her existing teeth, tooth whitening and replacement of five mercury fillings.

On August 12 the couple flew out to the Hungarian town of Szombathely for treatment. The dental work involved filing down all of Lisa’s remaining upper teeth ready for her permanent bridge and took four days. All questions were translated through an interpreter.

‘When it was finished, the dentist gave me a mirror and I thought “Wow”. I was delighted with my new smile.’

Lisa’s only concern was a niggling pain in her upper teeth, but the dentist explained some pain and sensitivity was normal for up to 14 days. However, two days after returning home, the pain was worse.

‘My GP prescribed strong painkillers and Mark rang the company that had organised the trip for advice but was told it was just the gum adjusting to the new bridge.’

After two weeks of agony, waiting for her mouth to ‘settle’, Lisa was still in great pain. ‘Mark was very concerned,’ says Lisa, ‘and demanded that I see a dentist. The managing director agreed to meet us with a dentist in Bournemouth.

‘The dentist said I needed an X-ray and the following day we were told we could go back to Hungary to see what the problem was. However, we’d have to fork out whatever the cost was to put it right.

‘Mark and I were furious, as we had always understood that after-care would be included in the initial cost.’

Over the next two days Mark attempted to contact the travel company, but he says his calls and e-mails were not returned.

With Lisa in ever-increasing pain – her face by now almost doubled in size with swelling – the couple went to their local hospital.

‘I couldn’t open my left eye. My face was so swollen it looked as if I’d been beaten up. The hospital dentist was shocked. An X-ray showed that the Hungarian dentist had filed down too much upper front tooth and killed the nerve.

‘He explained that when the nerve dies it decays and causes an infection and because the tooth no longer has any circulation, the body cannot fight it. Left another few days without antibiotics, the infection could spread to the bone.’

Doctors inserted a drain into Lisa’s bridge and gave her antibiotics. She has since been told that her other teeth have all been affected, and that to save them she’ll need root canal treatment. This involves cleaning out the centre of the tooth and filling it with material to prevent the infection returning.

‘It is devastating. It now looks increasingly likely that I will need to have all my teeth removed and wear dentures because Mark and I simply cannot afford to have the costly root canal work.’

Mark and Lisa have since discovered that when something goes wrong abroad there is no one to turn to.

As Mark explains: ‘I spoke to a British solicitor who said that because legally my contract was with the Hungarian dentist and not with the travel company, we would have to hire Hungarian lawyers if we wanted to sue.

‘There is no authority that can take action about a foreign dentist and no one who can help. Not only have I wasted £3,500, but seeing Lisa suffering like this has been unbearable and I feel guilty that I encouraged her to have it done,’ he says.

Not surprisingly, British dentists remain unconvinced by dental tourism. Dr Carter warns that in the case of bridge work, for instance, such ‘complex treatment’ would normally take several months in the UK – ‘the expectation that this can all be carried out to the same standard while on a ten-day holiday is totally unrealistic.

‘Some people are therefore left with shoddy dental work that will need to be repaired by a UK dentist at a much higher cost than if they had stayed in this country for the full treatment.

‘Styles and standards of dentistry can vary a great deal from one country to another. If you are going abroad it is unlikely to be for a simple procedure and, of course, complicated treatments are more likely to cause problems.’ Dr Carter says while companies may claim to offer aftercare, the reality can be very different.

‘Going abroad completely rules out the possibility of aftercare, as you are likely only to be there for a few days at the most,’ he explains, ‘and even if you are there for longer there is the question of what rights you have as a patient.’

In the UK, the General Dental Council is responsible for the maintenance of strict professional standards and requires all registered dentists to undertake continuing professional development. But Dr Carter points out that legislation is different for every country.

Not all dentists are as highly trained as those in the UK, where they must undertake extensive training and pass strict examinations to ensure they meet the high standards required.

‘And when things go wrong it can be difficult to know what your rights are and to pursue any complaints through a foreign court,’ he warns.

But where does this leave British dental patients desperate for treatment but unable to find, or afford, treatment here? Dentist Anthony Halperin, chairman of the Patients’ Association, says the majority of foreign dentists are well qualified. He estimates that 95 per cent of people having dental treatment abroad will be satisfied.

He also points out that unforeseeable problems can occur, even with British dentists.

However, he adds: ‘Protection and independent advice for patients going abroad for dental treatment is something that needs to be addressed fast and we are looking into it urgently.’

Meanwhile, a spokesman for the dental travel company says he is working hard to help Lisa. ‘It has not been proven that dental work in Hungary is the cause of her current pain, but as a gesture of goodwill we have already agreed to meet her travel and accommodation costs, as well as the cost of any remedial work needed.’